Data analytics is a field that involves the analysis of raw data to come up with useful insights.

The field of analytics has been around for a long time. Companies have been utilizing existing customer data (in the form of surveys or internal transaction data) to come up with marketing strategies.

In the past, these companies would hire analysts or statisticians to derive insight from this data, identify market potential, and come up with models to drive sales.

However, the field of analytics has seen massive growth in the past few years. With the increase in computing power, companies are able to collect, store, and process data at a scale that would have been unimaginable before.

This transition has opened up a variety of roles in the domain of analytics, and there is an increasing demand for people who are able to work at the intersection of statistics, technology, and business.

Analysts are able to collect and process large amounts of data with their technical skill, they can derive insight from this data with statistical knowledge, and derive business value with their domain knowledge.

In this article, I'm going to present a data analytics project I created some time back.

I did some market research around a popular eyewear brand Warby Parker. I scraped publicly available information on Twitter and customer review sites to come up with a data-driven analysis, and I will break down my findings here.

I first did some research around Warby Parker, and came up with some findings on their brand positioning:

Warby Parker was the first brand to disrupt the eyewear industry and make glasses affordable for everyone. Customers can pay as little as $95 for a pair of eyeglasses, and their buy a pair, give a pair program donates a pair of glasses to someone in need for every pair sold.

Then, I decided to take a look at Warby Parker's audience demographic. To do this, I scraped 10,000 of their follower's Twitter profiles.

I used a gender prediction package to predict their gender based on their Twitter usernames. Here is a gender breakdown of Warby Parker's Twitter audience:

Warby Parker has high gender diversity. They have a higher number of female followers as compared to the average US population distribution, which could be due to their position as an all-inclusive brand. They design eyewear with frames and colours specifically catered to women.

Next, I took a look at the top location of their Twitter followers:

This could indicate that the presence of physical stores have spiked interest in these regions. Another possibility is that Warby Parker could have selected these areas to open their stores due to high demand.

Next, I analyzed the top interests and professions of Warby Parker users. I scraped their follower's Twitter bios to do this, and extracted keywords with the help of a Python library.

After some data cleaning, I was able to find the top interests and professions of their followers:

From the charts above, it seems like the top interest amongst Warby Parker's followers is social issues. They are also interested in music, technology, and art.

Many of them are writers and artists, indicating that they are highly creative individuals. Some of them are entrepreneurs, founders, and CEOs, and are running their own businesses.

I also noticed that there were many people interested in technology, who had professions like programmer, developer, and data scientist in their bio. These titles are not present in the chart above, but technical professions combined made up a huge portion of Warby Parker's customer base.

This is understandable, since people in these professions are more likely to develop issues with their eyesight and need to use prescription glasses.

Next, I built customer personas based on my findings above:

The personas above were built based on the demographic and interest based data analyzed from Twitter. After that, I came up with some sample marketing strategies for each persona:

After building personas and analyzing Warby Parker's audience interests, I decided to do some competitor analysis. I went online and found Warby Parker's top competitors, along with information like revenue and company size:

After doing some reading on Warby Parker's competitors, I came up with the following insights:

I scraped a site called consumeraffairs.com for this analysis.

First, I looked at overall rating distribution on the site:

Then, I grouped ratings for both companies in terms of price, features, quality, and customer service:

Next, I looked at rating distribution over time for Warby Parker and Zenni Opticals:

From here, it can be observed that:

That's all for this analysis!

I used Python libraries like BeautifulSoup and Selenium for most of the web scraping involved, NLTK for text cleaning and processing, and Pandas for most of the data manipulation. Excel and Tableau were used for data visualization.

I hope this analysis gave you a better idea as to how an end-to-end data analytics project is structured.

As an analyst, you need to have a good grasp of at least one programming language to be able to collect and manipulate external data. You also need to have the ability to tell a story around the data present, which is a skill that can be developed over time.

Communicating these insights to a non-technical person is one of the most important tasks of a data analyst. Make your visualizations as simple as possible so it can be digested easily. Also make sure to list down important findings based on the charts presented. It is important to get to the point because people have the tendency to lose focus easily.

I hope you enjoyed this article, thanks for reading!

Every month, I send out the best of my writing to followers via e-mail. You can subscribe to my free newsletter to get this delivered straight to your inbox. 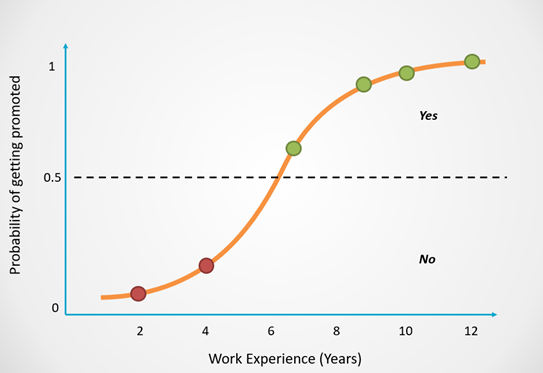